« A Passion for Satire | Main | Word of the Week: Minisode » 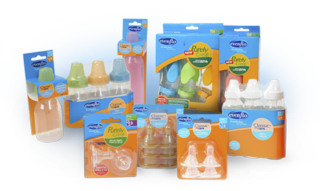 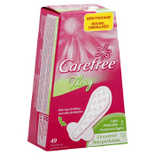 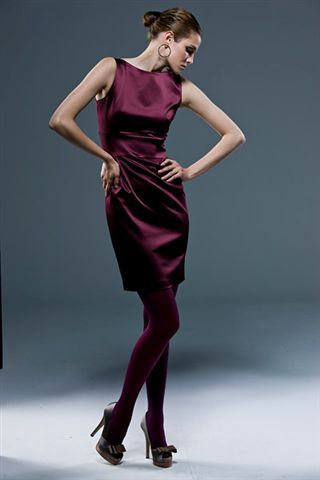 In 1975 Paris, the world's most fashionable and romantic city, Maurice Tarica designed his first pair of Teenflo pants, which quickly became known as the "best fitting pants a woman can own".

Through the years, the Parisian label maintained its core principles of offering a consistent collection dedicated to quality fabrics, fantastic fits and modern styles. This commitment led Teenflo to become a desired brand by women everywhere. Finally in 1990 husband and wife team Charles Le Pierrès and Judy Richardson acquired the brands [sic] North American licensing rights and made Teenflo a favored brand in Canada and the U.S.

The brand is now based in Montreal, although I had to poke around elsewhere to learn that fact.

Honestly? I like the clothes. If they were sold in California I'd seek them out. But I'd be embarrassed to ask for them, because "Teenflo" is one of the worst brand names I've seen (and I've seen quite a few). The name suggests teenagers (who go with the flow?), but one look at the clothes tells you the label is targeted at sophisticated adult women with money to spend. No prices are displayed on the website, but this article from February 2008 gave the price of a blazer at $495 Cn and a camisole top at $195. Not couture price points, but not chump change, either.

Where did the name come from? Here's what else I learned at MallVibes, a Canadian retail website:

The Teenflo brand, which is not aimed at teenagers, was created in Paris in 1975 from the names of the two original founders - Martin and Florence.

Sounds suspicious to me. First of all, who the heck are Martin and Florence? What happened to Maurice?

Second, you don't get "teen" from the French pronunciation of the second syllable of "Martin"; you get something closer to "tan."

Finally, the whole story is disingenuous. Certainly the meaning of "teen" was transparent in 1975 France. And maybe the clothing was originally targeted at jeunes filles. But when the brand moved to Canada and began designing for grown-ups, it could easily and plausibly have renamed itself.

So why didn't it? Mystery to me. Any of my fashion-savvy Canadian readers have an answer?

Eureka! That's why this brand drives me nuts: it looks to me like a hybrid of Evenflo, as you point out, and Teenform, the brand of the very first bra I ever wore. Not to mention that anything with "flo" in it immediately makes me think of "Sure-Flo," the catheter company hawked by Catherine O'Hara's husband in "A Mighty Wind."

No idea, but maybe "Martin" was a typo for the French name "Martine," which does end with the "teen" sound.

@Jessica: I'd forgotten all about Teenform. Thanks for the reminder (I think...).

@Karen: It's certainly possible that two women, Martine and Florence, started the company. But I prefer not to assume an error. Not while Maurice is missing in action.

I think Martin, Florence and Maurice had been drinking too much Beaujolais Nouveau when they came up with the name (perhaps that accounts for Maurice's disappearance, too). Teenflo is clearly only suitable as a descriptor for a training sanitary napkin for 12-year-olds. Do you give a Frititrophy for Best Worst Brand Names?

No idea why they've kept the name, but there is an even worse Canadian apparel brand: the retailer Fairweather has a line called Majora.

I've seen it in their stores, but there is precious little info on the Net. And Fairweather's site is hopelessly bad. But here's a link anyway:

What were they thinking??

@Sherry: I confess my first reaction was, "They named a store after Majora Carter?" http://www.majoracartergroup.com/

They could do a spinoff for preteens called Minora.