Names in the News: Virgance 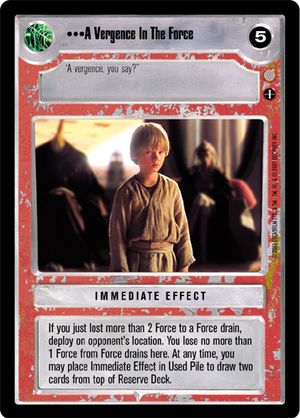 Many companies "are turning to short-term 'test periods' as economic instability and high unemployment continue to shape hiring standards," according to a story published in the San Francisco Chronicle last Sunday. One such firm, Virgance, is as interesting for its name as for its hiring practices.

But first, the "in the news" part. Virgance is based in San Francisco; on its website,  it says it's "a company that seeks to promote world-changing activism campaigns using market-based methods that are effective, transparent, profitable, and scalable." According to the Chron story, Virgance requires all new hires to work as hourly contractors for a month before they're hired. Virgance's CEO defends that practice:

Virgance's one-month contract program is called "Try before you buy" and requires company staff to vote on the cultural fit and skill set of the employee on trial. The program has existed since the company's founding in 2000. "When you do get an offer at Virgance, it's incredibly empowering because you know that you were unanimously voted in," said Newcomb, 39.

The answer: If you assume the second syllable of "Virgance" is pronounced like the last syllable of "elegance," your logic is flawless. And you're wrong.

You won't see it on the website, but when I attended a panel discussion in which Mr. Newcomb took part, I heard the company's name pronounced like the second two syllables of "convergence": with a soft g.

Got that? We'll return to pronunciation in a minute. In the meantime, here's what the company says about the origin of its name:

Virgance (noun) - the birth of a powerful new force in nature that can be used for good or for evil.
coined by George Lucas

Yes, our company is named after a Star Wars reference. Yes, Steve [Newcomb] is a nerd. Now lend us your ear as we tell you this tale: When Qui-Gon first encountered Anakin Skywalker he stated, “I have just felt a Virgance in the force.” This means that he recognized in Anakin a powerful new force and he knew that it had the potential to be good or evil.

Too bad that story is only half right.

I went to the source: the authorized novelization of Star Wars I: The Phantom Menace. Here's what I found on page 216:

“With your permission, my Master,” the Jedi replied, gaze steady. “I have encountered a vergence in the Force.”

Boldface added for emphasis. Note spelling and lack of capitalization.

Now, when the word is spelled vergence, the pronunciation is transparent. And, as it happens, Star Wars creator George Lucas didn't coin "vergence"; it has meanings in optics and geology. The word comes from the Latin vergere, to bend or turn; the root has given us diverge and converge.

So how did "vergence" become "Virgance" without changing its pronunciation?

I've tried and failed to find examples of English words in which /ga/ is pronounced with a soft g. The g is always hard. [UPDATE: The exceptions are margarine and the Britishism gaol.] The pronunciation of /ge/, by contrast, is variable: we have finger and danger, winger and whinger. No one familiar with even the rudiments of English pronunciation would choose to pronounce "Virgance" with a soft g.

Clearly, liberties have been taken but not acknowledged. I'm going to make a semi-educated guess and posit that the company's founders were unable to buy Vergence.com. (It's registered to a healthcare-technology company, Sentillion.) Rather than develop another name or modify Vergence (for example, as Vergence-Co.com, which is available, or any number of other variations), they invented a new, counterintuitive spelling and a brazen story to go with it—namely, that "Virgance" is how the word is spelled in the Phantom Menace screenplay.

Now, you can sell the public on almost anything if you insist loudly enough and hope they don't check up on you, and that's what Steve Newcomb and company have done. Nevertheless, I'm bothered by this. (If I were George Lucas, I'd be bothered even more.) Ease of pronunciation is one of the key factors in a successful name. (Other important factors include memorability and availability.) Sure, you can choose to pronounce Virgance with a soft g on the radio or in public discussions, but how do you control the perception in print?

Other things bother me about the Virgance brand and story. I'm concerned that I couldn't find a trademark filing for the company in the USPTO database. (It's possible that it was filed too recently to appear online, but still: bothersome for a company founded in May 2008.) There's the silly, rambling "Odyssey of Virgance," rendered as a badly written fable ("I am the Oracle of the Sun, and I dip my morning bread in cadmium telluride") in too-wide columns of pale-gray sans-serif text, when a concise, straightforward corporate history would be more effective.

And there's the Virgance solar-energy spin-off, 1BOG, which stands for "One Block Off the Grid"—except it isn't one block and it's not off the grid. Here's how the FAQ addresses that discrepancy:

Quiet, you… it’s a good name. We like metaphors, and it goes really well with our super cute bogman logo.

Except "block" and "grid" aren't metaphors; not here, anyway: they're literal constructs in the world of solar power. Moreover, "Quiet, you" drips with condescension: not the best way to invite trust and participation. Besides, who says 1BOG is "a good name"? Not I. Defending the name because of a "cute" logo is immature and shortsighted.

Virgance has positioned itself as "Activism 2.0," a new way to effect social change while making a profit. But its aggressively defensive posture and poor storytelling threaten to sabotage its message. And its counterintuitive pronunciation of "Virgance" is a phantom menace.

"A Vergence in the Force" card from Star Wars Customizable Card Game.

Posted at 09:07 AM in Names in the News, Naming, Pronunciation, Story, Trademark | Permalink

Why would you go to "elegance" when you have "convergence"? Also, it looks like "virgin". What I'm saying is I got the pronunciation right the first time, score one for the ignorati. Sometimes not being able to spell comes in handy. Not that it's not still a pretty embarrassing misspelled name.

@Jules: My point was that Virgance looks like it *should* be pronounced like "elegance," with a hard "g." Instead, it's counterintuitively pronounced like (con)vergence. Hope that's clearer.

I snorted out loud twice while reading this, Nancy. A good puncturing of head-up-assitude is always fun.

I read it as correctly pronounced when I read it the first time. And I'm familiar with the rudiments of English pronunciation. Writing a blog post and an entire blog about nitpicking through people's company names? Who is dripping with condescension now?

Gaol and margarine are the only two English words that I can think of that have the spelling ga pronounced with a soft g. Oh, and then there's that movie Religulous that came out a little while back, which is apparently supposed to be a blend of religion and ridiculous.

@Jonathon: Thanks for reminding me about gaol and margarine--and about Religulous, which I wrote about for that very reason! Here's the link: http://tinyurl.com/lzvade

@Allison: Very interesting that you pronounce "Virgance" as "vergence"--I'd love to take a poll and see how many people do the same. As for my "nitpicking," I'm a name developer by profession and am fascinated by brand names in general; this blog is my platform for commentary on the good, the bad, and the baffling. I heap on the praise when it's merited; see my Nicely Named category: http://tinyurl.com/l9gum9

At first I thought soft "g" - because I did indeed think of virgin and convergence. But then I immediately corrected myself; it must be a hard "g," I told myself, being before an "a."

I had the pronunciation correct when I read it, but maybe that's because I'm Star Wars geek too.

"Quiet, you" is another geek reference. It was popularized by the cartoon character Mr. Peabody, I believe.

So the company is geek friendly, but that's about it.

Reading the word, for a split second I started to think "virg-" with a soft g because of analogy with "virgin", but seeing the whole word I just can't think of it as a soft g. They should have spelled it "verjence" or "vergense" or...oh, I dunno...pick a name that hadn't been already taken!

My first thought on pronunciation was "soft G, like virgin, but it's just so wrong with that spelling."

Many comments about pronunciation--thanks! But what about the arbitrary spelling change from vergence to Virgance, and the erroneous tale about "Virgance" being used in Star Wars? Any Star Wars fans have an issue with that?

It's interesting, a friend of mine is high up in this company so that influences my evaluation of your criticism. I first heard the word as rhyming with "divergence" in my head, with the soft G, even though as you point out that is rare. And if they want to change the name from the made-up thing in Star Wars that's okay I guess... but why be shady about it when it's so easy to follow up on? You're probably right, it was simply that the web site was taken. Wow. I guess that's why you hire someone to help you think of other names!