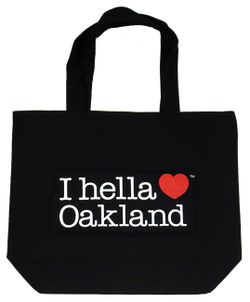 What does Summer H.E.A.T. mean in Atlanta? When you order a Whiz Wit in Philly, what will you get? Which city is known by hipster denizens as Ill Mill? Find the answers at City Dictionary, a user-generated, easy-to-search  compilation of local (U.S.) lingo and nicknames. Its founders live in Madison, WI, which accounts for the disproportionately large number of Madison entries. But thanks to a gentle nudge from yours truly, Oakland's adverbial claim to fame, hella, is now in the dictionary. Sign up to add your own contributions. You can also follow City Dictionary on Twitter.

Owning a domain name doesn't necessarily protect you from a trademark challenge. Find out why.

"Words + birds = awesome" was all dictionary doyenne Erin McKean tweeted, and that was sufficient. Wordbirds: a lexicon for the 21st century. With great photographs of birds.

Attention type geeks! Ironic Sans proposes a new typography term: keming, "the result of improper kerning." Now available as a T-shirt and other stuff. (Note #1: Although David Friedman, the man behind Ironic Sans, shares his name with a close relative of mine, he and I are not in fact related in any way I'm aware of. Note #2: Ironic Sans is, of course, another type joke: a play on the frequently reviled Comic Sans.)

Where did bands like 10,000 Maniacs and Death Cab for Cutie get their names? Read the stories. (Via The Naming Newsletter.)

To fully appreciate Kawaii Headdesk, a word list on the user-generated Wordie site, you need to (a) hang out on the Intertubes a lot and (b) know what "kawaii" and "headdesk" refer to. Then decide for yourself whether the list really represents "the worst of middle-school drama, valley-girl stupidity, and pop-culture idolatry" with "a dash of emo and a pinch of snark." (Hella? O rly?)

That City Dictinoary is pretty interesting, though it has some shortcomings. I think the writers were in a bit of a hurry when they wrote that Indianapolis is called The Circle City because of its circular city limits. That's not right. There's a traffic circle in the exact center of the city around the Soldiers' and Sailors' Monument that anchors the city's street grid. Plus, they didn't list the biggest nick-name for the city amongst its citizens - Naptown.