It's not just for heavy metal bands any more: 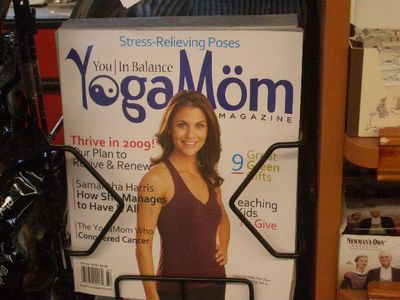 1) From Woody Allen's "Lovborg's Women Considered" in Without Feathers: "Born in Stockholm in 1836, Lovborg (originally Lövborg, until, in later years, he removed the two dots from above the o and placed them over his eyebrows) began writing plays at the age of fourteen."

2) Steve Martin in The New Yorker writing about a shortage of periods -- http://www.stevemartin.com/world_of_steve/print/times_roman_font_announces_shortage_of_periods.php: “Most vulnerable are writers who work in short, choppy sentences,” said a spokesperson for Times Roman, who continued, “We are trying to remedy the situation and have suggested alternatives, like umlauts, since we have plenty of umlauts—and, in fact, have more umlauts than we could possibly use in a lifetime! Don’t forget, umlauts can really spice up a page with their delicate symmetry—resting often midway in a word, letters spilling on either side—and not only indicate the pronunciation of a word but also contribute to a writer’s greater glory because they’re fancy, not to mention that they even look like periods, indeed, are indistinguishable from periods, and will lead casual readers to believe that the article actually contains periods!”

I'm confused. Why would they use an umlaut? Are they trying to be trendy?

I cannot stop laughing. You've made my day.

I always called my brother's favorite metal band "Mertly Creweh", declaring that the umlauts demanded it. What a joy to have around I must've been.