One X at a Time

(Sorry I couldn't find a bigger photo; the slogan reads "Saving the planet, one glass at a time.")

When I wrote about it last September, I cited ten other examples of this sloganclone (my term for a commercial snowclone--a specific type of cliché).

Here's a new variation I spotted the other day: 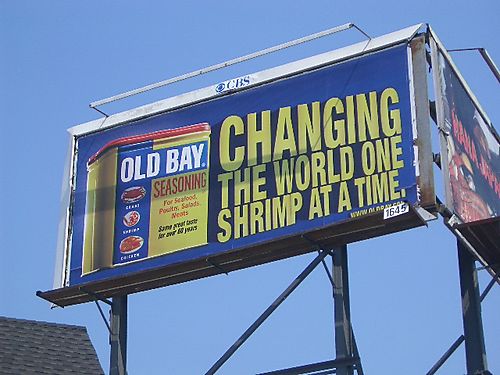 Posted at 07:46 AM in Advertising, Cliches, One X at a Time, Signs, Sloganclones, Slogans and Taglines, Snowclones | Permalink