You probably know about the Doppler Effect, the change in frequency and length of a wave (for example, a sound wave) perceived by an observer who is moving relative to the source of the wave. The Doppler Effect explains why a train whistle sounds louder as the train approaches you, and fainter as it moves away. (Update: Unsurprisingly, I got this wrong. See Regan's comment for the accurate definition.)

The Doppler Effect is named for the Austrian mathematician and physicist Christian Doppler (1803–1853). Here's a list of some other eponymous effects; see whether you can identify (a) the person the effect was named for and (b) what phenomenon the effect names. With one exception, none of these "special effects" is particularly arcane; all describe phenomena the average person can understand. Answers after the jump. 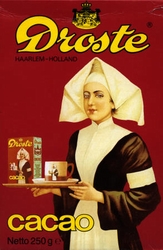 3. The Forer Effect--also known as the Barnum Effect, after the circus impresario P.T. Barnum--explains, among other things, the enduring popularity of astrology. According to the Skeptic's Dictionary, this effect "refers to the tendency of people to rate sets of statements as highly accurate for them personally even though the statements could apply to many people." It was named for the American psychologist Bertram G. Forer (1914–2000), who found that "people tend to accept vague and general personality descriptions as uniquely applicable to themselves without realizing that the same description could be applied to just about anyone." (Forer Effect was a Fritinancy word of the week last July.)

4. When two cyclones approach each other, their centers begin orbiting around the systems' midpoint. This "cyclone dance" is known as the Fujiwhara Effect, named after Dr. Sakuhei Fujiwhara, the Japanese meteorologist (1884–1950) who first described the phenomenon in a 1921 paper. He preferred this unusual transliteration of his surname, which often appears as "Fujihara" instead.

6. The McGurk Effect refers to the integration of visual cues into speech perception. It's named for the British psychologist Harry McGurk, who with his research assistant, John McDonald, described the phenomenon in a 1976 paper ("Hearing Lips and Seeing Voices") in the journal Nature. Watch a demonstration of the McGurk Effect.

8. The Meissner Effect, named for German physicist Walther Meissner (1882–1974), is the expulsion of a magnetic field from a superconductor. Meissner and fellow physicist Robert Ochsenfeld identified the phenomenon in 1933, demonstrating the superconductors were more than just perfect conductors,

Posted at 10:23 AM in Contests, Puzzles & Games, Effect, Eponyms | Permalink

The Doppler Effect doesn't deal with loudness of a sound, but the sound's frequency or pitch. The the train's sound is higher on approach than when it's moving away from the observer.

Dang. I only knew one (aside from Doppler). Guess which, haha.

Some more from random searchery:

And on the more obscure side ...

... and a bunch more in phyics and related fields.

(Sorry, once I got started, I had a hard time stopping.)

@Mike: I'm going to be busy this weekend checking out all those effects. I had Hawthorne Effect on my original list, but it turns out to be named after a factory--the Hawthorne Works, outside Chicago, where the original research was done--and not a person. The factory was named for the town, which may have been named for a person, but its eponymousness seemed tenuous. I do love the Hawthorne Effect, though: it's like the Coolidge Effect, but in the workplace or classroom rather than the boudoir. It describes a short-term improvement in worker (or student) productivity in response to an environmental change.