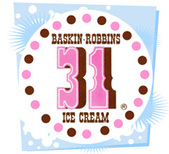 Irvine "Irv" Robbins, who with his brother-in-law Burton Baskin started the Baskin-Robbins chain of ice cream stores--according to family members, the nation's oldest food franchise--died May 5 at his home in Rancho Mirage, California. He was 90.

Robbins was born in Winnipeg in 1917, the son of Jewish immigrants from Eastern Europe. His father eventually became a partner in a dairy in Tacoma, Washington, and young Irvine worked at the dairy's retail store. He knew ice cream, but he excelled at marketing. According to the New York Times obituary, while he was still a teenager he realized that he could double or triple sales by changing a featured item--"three scoops of ice cream, a slice of banana, two kinds of toppings"--to "Super Banana Treat."

In 1945, after college and military service, Robbins opened his first ice-cream store in Glendale, California. He named it Snowbird Ice Cream because "he couldn't think of anything else," according to an obituary in the Seattle Post-Intelligencer. Burton Baskin, who had been operating his own shop, Burton's Ice Cream, in nearby Pasadena, became his partner three years later. Baskin died in 1967.

The business maintained separate Snowbird and Burton's identities until 1953, when the brothers-in-law hired a local ad agency, Carson/Roberts, that recommended a single name. Why didn't they choose Robbins-Baskin? According to the Times, "they took a carefully familial approach to deciding who would come first in the name of what eventually became a vast international enterprise. They flipped a coin."

Smart naming played a vital role in building the Baskin-Robbins brand. Beginning in 1953, the stores famously sold "31 flavors" (one for each day of the month, plus vanilla, chocolate, and strawberry) and Robbins himself named many of them. (The idea for 31 flavors came from Carson/Roberts; the number was three more than Howard Johnson, a competitor, offered at the time.) Robbins came up with "Beatlenut" virtually on the spot in1964 when a New York Post reporter asked him whether Baskin-Robbins had a flavor to celebrate the Beatles' first U.S. tour. (Then he found a previously unnamed flavor that fit the new name.) Other Baskin-Robbins flavors included Baseball Nut, Candi-date, Pralines 'n Cream, Daiquiri Ice, and Robbins's favorite, Jamoca Almond Fudge, introduced in 1959.

(Jamoca Almond Fudge is my favorite flavor, too, and I think the name has something to do with it. I've tried other companies' Coffee Almond Fudge and Mocha Almond Fudge, and they just don't taste the same. I remember when it dawned on me that "Jamoca" was a blend of "Jamaica"--a word I knew only from a world map--and "mocha." Total genius, that name.)

Robbins retired in 1978. Today, Baskin-Robbins is owned by the parent company of Dunkin' Donuts; it operates 5,800 stores around the world. At some point, the classic Carson/Roberts "circus" logo (pictured above) was replaced with a generic-looking monogram.

"Not everyone likes all our flavors, but each flavor is someone's favorite."

"Sticking a scoop into the ice cream was the greatest thrill of my life."

"We didn't feel sorry for ourselves, working so hard -- because we were enjoying every minute of it."

I remember that it was fashionable among six to eleven year olds to be able to say all thirty one flavors from memory. My sister could; I couldn't!