« The Friedman Museum of Vintage Products | Main | It Takes All Types » 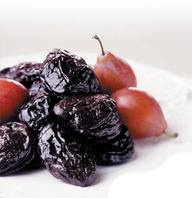 Why plum? Why now?

Trend watchers suggest several reasons so many marketers seem to be going plum loco. One recurring thought is that the success of technology brands like Apple and BlackBerry is giving fruit a good name, hence the proliferation of plums as well as brands like Pinkberry and Red Mango, which are both frozen yogurts.¹

Those shades can appeal to “the emotional side of one’s passions and interests,” he added, “the individual desire for zest and to be distinct.”

I wrote about the American Express Plum card last November. And in this Dec. 31 post, I listed "plum" among the top naming trends of 2007.

Posted at 11:39 AM in Branding, Marketing, Naming, Trends | Permalink

Future generations will not have to ask the question :"Where do prunes come from?"

I guess the marketers have me in mind because I'm a purple fanatic. I saw the plum card and wanted to have one (but restrained myself). It's to see my favorite color getting more respect, even if it is being used against me.

Though, on a mildly related note, I tried to yard sale an unopened container of prunes the other day since I went in and out of a prune phase before opening the second container I had bought. Yeah, they didn't sell. I did get rid of a box of unopened soaps and deoderants, though.