Reader Michael Schneblin, a Californian who lives and works in Morocco, e-mailed this photo of a shop sign in Casablanca. He writes:

The original sign was "American Pizza."  That became a political and business liability, post Iraq, so some clever guy did this to it: 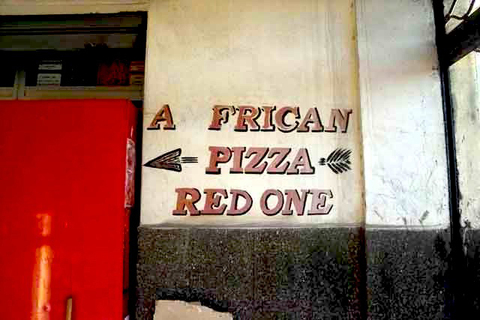 If you stare at the image, you can just make out the whitewashed "M."

I think Effen vodka is the perfect accompaniment to A Frican Pizza.

More "huh?" signs in this Flickr pool (via Rob Walker, who has started posting some nice Flickr interludes on his blog, Murketing).

I'm rather partial to this one, which seems to indicate U.S.-Canadian language barrier, or perhaps just an idiomatic tin ear on the part of the ad agency: Gosh, this is turning out to be a themed post in more ways than one, isn't it?

In Malaysia recently I noticed a number of shops were selling 'Eiskerim'. It took me more than a moment to work it out, even though I was helped by an illustration of a cone alongside.